Which National Park has the highest elevation? What about the lowest?

The Highest & Lowest US National Park

The top three highest elevation National Parks are all in Alaska. Denali National Park‘s Denali Peak stands at over 20,300 ft (6,100 m) above sea level. It is the highest point in North America, edging out Mount Logan in Canada by over 700 ft. 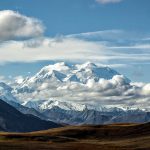 Mount Rainier is the highest National Park in the lower 48 (contiguous) states. Mount Rainier Peak stands at over 14,100 ft (4,392 km) high and is located in Washington state. 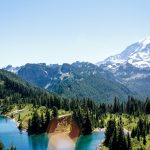 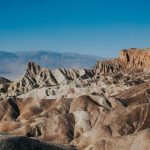 Maximum Elevations of US National Parks

Many National Parks have negligible max elevations due to being oceanfront parks, like the Everglades, Biscayne, and Dry Tortugas in Florida. Because of this, not all parks are shown in this table.

The next four highest Canadian National Parks are all within the Canadian Rockies as Jasper, Banff, Yoho and Kootenay round out the top 5. We actually developed a road trip that visits 3 of the 4, but you could easily add in the last one if you added an extra day.